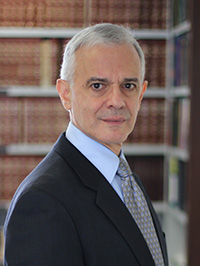 Ernest J. Collazo has been practicing labor and employment law for more than 45 years.  In 1974, he began his career in the New York Regional Office of the National Labor Relations Board following his graduation from Columbia Law School.  After two years, he accepted an associate position at Simpson Thacher & Bartlett, and less than five years later, he was elected to the partnership.  Ten years after his election to the partnership, Mr. Collazo left to co-found the original predecessor firm to Collazo & Keil LLP, a boutique firm practicing exclusively management-side labor and employment law and litigation.  In November 2021, the Firm celebrated its 30th anniversary.

Mr. Collazo’s experience covers the full-range of complex labor and employment law issues.  He has counseled and advised clients, some of whom have been clients for over 35 years, in all facets of labor and employment law.  He is one of New York’s most experienced negotiators in collective bargaining, and has an enviable record in defending his clients in labor arbitrations and before the NLRB and other local, state and federal employment agencies, as well as before judges and juries in employment litigation.